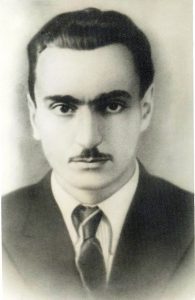 Savo Tsenov Savov was born on 10th April, 1910 in Pirdop. He had a short and unnoticeable life. It passed in an incessant conflict between two rather contradictory parts in his character. From one side, he was an incredibly sensitive person, a humanist, adoring life and respecting people around him. From the other side, he had an outstanding artistic gift. This very gift appeared when he was six years old and painted his Uncle Stefan’s portrait only with a piece of coal. This fact perturbed his parents and they mulled it over. At school, he developed into an ingenious artist and there was not a single trace of doubt in his teachers about his gift. Finishing school was the first big crossroad in his life. His father, Tseno, was a forest warden and he thought Savo’s gift had to be applied into the craft of a coppersmith. Learning a craft also meant a future financial help for the family. Savo had two younger brothers – Petko and Stefan and the whole family lived in poverty. But was it possible for him to be a coppersmith when art had already become his life?
Then suddenly, a guardian angel appeared, the teacher – Georgi Hadji – Lichev.
Having seen this special gift, the teacher from Pirdop made great efforts to persuade Savo’s parents to send him continue his further education. His father was implacable, but his mother was an intelligent woman and understood the importance of her son’s future. At that moment, his uncle Stefan played a crucial role supporting Savo financially and persuading his father to let him go. Naturally, Savo applied for the Art Academy in Sofia, passed his exams with flying colours and was admitted as a student. In the Academy, he was acknowledged both by the students and the teachers. His fellow students, together with his professors later, said he was the best one in the course.  One of his paintings hung in the Academy for a long time as the exquisite accomplishment of a student. Little by little, Savo Savov turned into a true artist, talented and productive. Very often, the lack of money made him boil some of his old paintings, for the oil to fall from the canvas and use it again.
Unfortunately, life was not just painting. From the small craft town, Savo found himself into the chaotic capital. These were years of upheaval. The military coup of 1923 and the assassination of the Prime Minister, Stamboliiski, were followed by a civil war. Bulgaria had hardly recovered from World War I, but had the burning ambition for revenge and a new fight to return its territories and soon after, it united with Germany. Many of the intelligent people in Bulgaria were against the military authority and the restriction of the political freedom. Savo was against violence, but it was all around him and he could not stay indifferent any more. There was large-scale unrest among students. Quite naturally, Savo was also there. Could it be a real protest without posters? Who was the one to prepare them? The artist, of course. Gradually, Savo Savov headed along the tragic and fatal road to the fight against the forced authority.
Having graduated, he was sent to a military school for reserve officers. Then he came back to his native town and started looking for a job. He could not earn his living as an artist, so he decided to become a teacher. At first, he got a position of an art teacher in Kladnitsa, then in Sandanski and Melnik. It was a golden period for him. Being far and secluded, he dedicated his time to painting and teaching. The landscapes of Melnik’s cliffs and old houses came to life into his numerous works from that period. This might be the reason his students to respect him so greatly. After some time, there was a vacant place for a teacher in art and manual craft in Pirdop’s school. Many people in Pirdop were Savo’s students. Everyone remembered him with much  respect and adoration. He was the teacher who enforced discipline and order among his students only with the help of his strong character and highly developed sense of justice. His indisputable intellect and talent gained him the enormous reverence and recognition of all the people in Pirdop. While being a reservist, he was sent to Macedonia where he was appointed as a commandant in the town of Kratovo. Nobody could say what was going on in the soul of the teacher and artist, clashing with the rough military atmosphere. But he chose the destiny of a partisan. As a part of the battalion “Hristo Botev”, he reached the place called “Batulia” in the Iskar’s gorge. He was killed there on 23rd May 1944. Bulgaria lost one gifted artist and good teacher.

Some of Savo Savov’s paintings 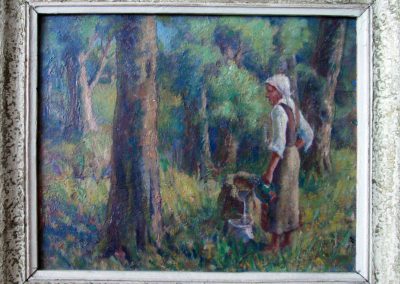 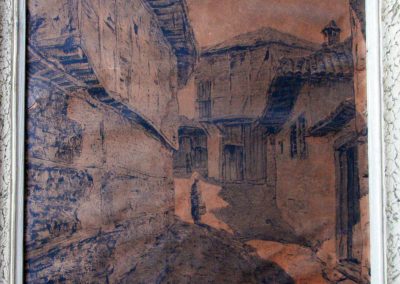 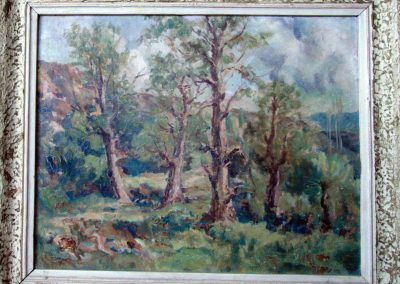 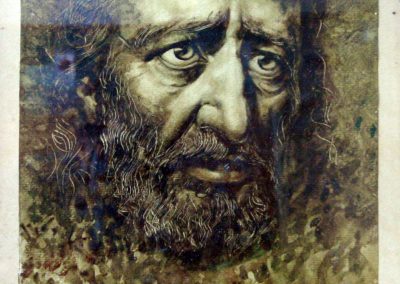 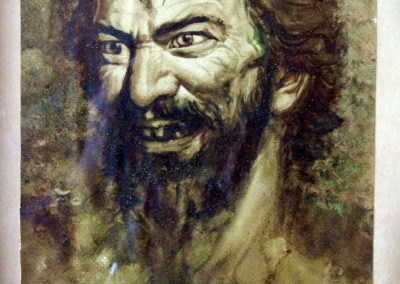 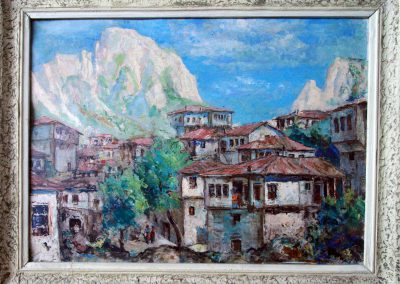 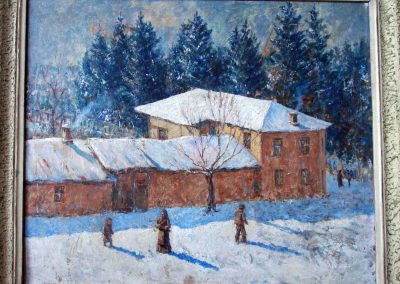 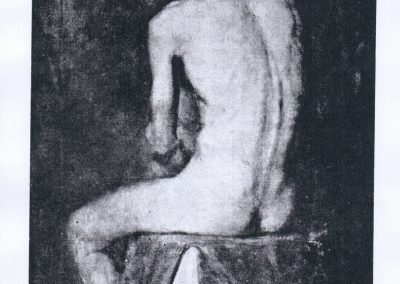 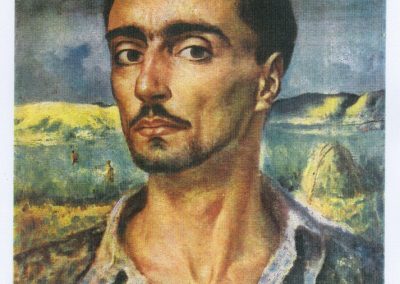 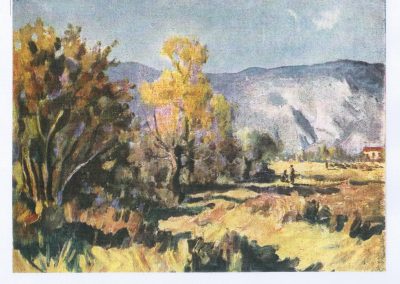 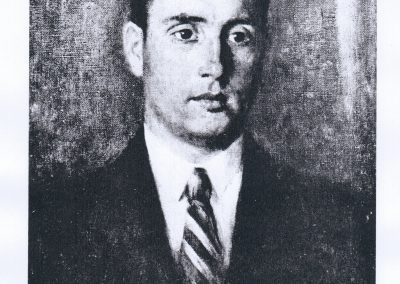 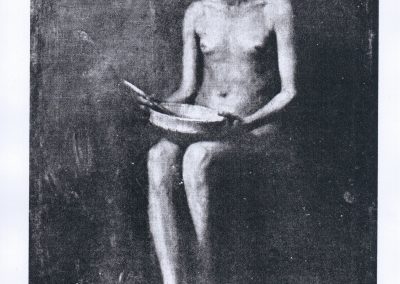